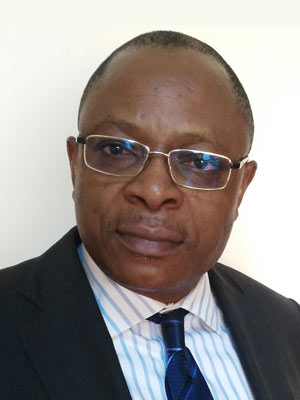 He is the Founding Partner of the firm of Tshibangu Ilunga & Partners (www.tshibangulegal.com) a firm complying with anti bribe legislations, notably: the UK Bribery Act (UKBA) of 8 April 2010 as well as the American Foreign Corrupt Practices Act (FCPA) of 1977.. He is registered under the No. 4056 of the National Law society of the DRC.

After law studies at University in DR Congo, Mr. Tshibangu entered into a legal carrier where he focuses on business and investments law.

He is confortable anywhere abroad, discussing law and clients interests.

He does not last to say his moto: owing promptness and efficiency to clients. Doing the best to clarify and find sound solutions to clients’ concerns on top of services. Marrying confidentiality and respect of ethical rules must be the pillars of an Attorney, on top of the expertise and skills.

Benoit TSHIBANGU ILUNGA is admitted to the Bar of Kinshasa/Matete. His licence covers also the jurisdiction of Congo Brazzaville (Brazzaville and Pointe Noire) in respect of the Convention entered into on 12 April 1978 between the two CONGOs in regard of judicial matters.

He is also licensed for the "CCJA" Common Court for Justice and Arbitration of OHADA and therefore advises and /assists on the commercial and business law.

Publications: The most recent: « Mining license application in DRC (2017) », www.iclgl.co.uk

On top of above matters, Benoit TSHIBANGU practices litigation and arbitration.

Recent cases and major projects include:

Certificate of the Bar of Kinshasa/Matete on September 15, 2006.

Certificate of IP agent in the Congo DR in 2011.

Benoit TSHIBANGU has published or is publishing: