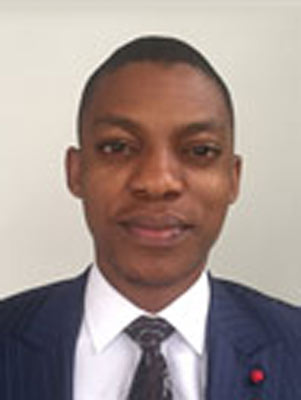 On top of above matters, Hervé Tshibangu practices litigation and arbitration

With the intent to best attend the requests of English speaking clients, Mr. Hervé TSHIBANGU has accomplished English language studies in Oxford at the Lake School of English. Currently he is attending MA courses at Oxford Brookes University in Oxford, UK. This cursus comes on top of the higher education in Law in Congo (the DR). At the end of his law studies at Oxford Brookes, he plans to get a MA at Oxford University in UK.

His permanent good mood and shape humour make him an interesting person to speak to in the framework of law discussions and consultation of clients when talking law matters in Shakespeare language.

Mr. Hervé TSHIBANGU is an associate with the firm of Tshibangu Ilunga & Partners (www.tshibangulegal.com) a firm complying with anti bribe legislations, notably: the UK Bribery Act (UKBA) of 8 April 2010 as well as the American Foreign Corrupt Practices Act (FCPA) of 1977.

His assessment of situations paired with tactics of arguments and appropriate legal means is a key parameter to have him on board during litigations. He is prompt when analyzing files as well as he is keen respecting the ethical rules.

Milestone cases and key projects include:

His lawyer’s license allows him to operate in the Congo DR as well as in Congo Brazzaville under the General Convention on Justice cooperation entered into between the DRC and Congo - Brazzaville on 12 April 1978. He also appears at the "CCJA" Common Court of Justice and Arbitration in Abidjan, as part of Business law Treaty of OHADA applicable by 17 countries amongst others suc as Burkinafasso, Cameroon, Cote d’Ivoire, Gabon, Mali, Tchad, Senegal, Guinea, Equato-Guinea, Bisao-Guinea and so on.