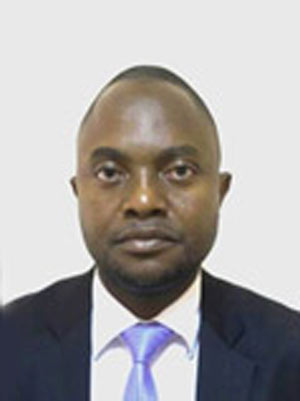 After studying economics and social law, Mr. Ignace is appointed to the University of « Notre Dame du Kasaï", in capacité of fellow lecturer. He is pursuing a Master studies in business Law at the University of Kinshasa (R.D.Congo) since 2015.

Maître Ignace MUAMBA is an associate of the law firm Tshibangu Ilunga & Partners SCA (www.tshibangulegal.com), a law firm complying with the British and American anti-corruption laws: UK Bribery Act (UKBA) of 8 April 2010 and the Foreign Corrupt Practices Act (FCPA) of 1977.

His acute analysis of the theory and the rule of law coupled with the mastery of judicial practice are recognized as a contribution of a wise mind that one needs to have with on board rather than against oneself and constitutes for him one of the Important assets in the world of Congolese lawyers.

He combines speedy service with the respect of the Law in the course of advices to safeguard the interests of the clients. Mr. Ignace avails to clientele a strict observation of ethical rules.

Mr. Ignace does not divest himself of the human dimension in his professional relationship with clients, so that the interests of clients are, all times handled in accordance with applicable laws, procedures and ethical rules.

Mr. Ignace MUAMBA has to published: