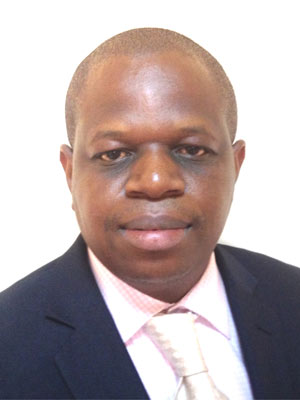 Mr. KANDA is a Partner with the firm of Tshibangu Ilunga & Partners (www.tshibangulegal.com) a firm complying with anti bribe legislations, notably: the UK Bribery Act (UKBA) of 8 April 2010 as well as the American Foreign Corrupt Practices Act (FCPA) of 1977.

After law studies, where he had to specialize in domestic and international Law, Mr. OMAR KANDA assists clients with legal matters involving international investments located in French speaking countries in Africa, notably in DR Congo and Congo-Brazzaville.

His assessment of facts paired with tactics of arguments and appropriate legal means is known throughout the world as a shape thinking that need to be tied with, rather than finding oneself arguing against him. Accordingly, assessment of projects from the legal point, as well as due diligences carried out by him make him one of greatest minds in the legal area in DR Congo.

He combines the promptness with very close care when processing the files put at his disposal, for making sure the interests of clients handled by him are utterly safe. Mr. OMAR KANDA offers to its clients a strict observance of ethical rules.

Me OMAR always keeps a human dimension while dealing with clients in the framework of his profession, so as the interests of clients are at all times treated in strict compliance with the law, procedures and ethics.

On top of above matters, Moïse Omar Kanda practices litigation and arbitration

Moses OMAR KANDA has a proven track-record as Barrister and wide range skills as lawyer in the fields of above mentioned matters. Used to complex cases.

Recent cases and key projects include:

His lawyer’s license allows him to operate in the Congo DR as well as in Congo Brazzaville under the General Convention on Justice cooperation entered into between the DRC and Congo - Brazzaville on 12 April 1978.

He also appears at the "CCJA" Common Court of Justice and Arbitration in Abidjan, as part of Business law Treaty of OHADA applicable by 17 countries amongst others suc as Burkinafasso, Cameroon, Cote d’Ivoire, Gabon, Mali, Tchad, Senegal, Guinea, Equato-Guinea, Bisao-Guinea and so on .

Eventually, Mr. OMAR is actively involved in investigations initiated by the cell of the World Bank "Doing Business", that awarded him a diploma of merit for 2015.