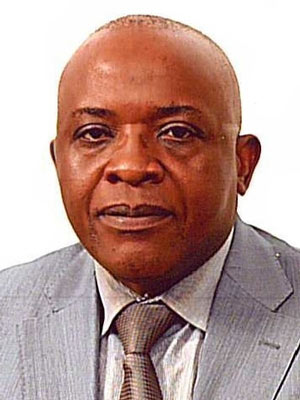 Grégoire BAKANDEJA, PhD, is an active Attorney at law, registered with the Bar of Kinshasa in Congo DR. He is an Of counsel to the law firm Tshibangu Ilunga & Partners SCA (www.tshibangulegal.com), a firm complying with anti bribe legislations, notably: the UK Bribery Act (UKBA) of 8 April 2010 as well as the American Foreign Corrupt Practices Act (FCPA) of 1977.

After law studies in Paris, he is currently a leading Professor at University, Paris Pantheon I (France), Kinshasa (Congo DR) and Brazzaville (Congo). He teaches corporate law, commercial law and international commercial law, amongst others.

Former positions: Minister of economics, commerce and industry in the Government of the Congo DR (2000-2001), after being appointed in capacity of President of the board of the Central Bank of Congo DR (1999-2002). He is also a former member of the Parliament etc…

His experience makes him an unparalleled pillar for a sound advice in the forum of investments project in Congo DR. His assessments of projects is amongst the most in demand for serious business.

On top of above matters, Bakandeja practices litigation and arbitration.

He is also consultant to the UN agencies (UNHCR, UNDP).
Apart being Attorney, Dr. Grégoire BAKANDEJA is involved in many other activities :

In Democratic republic of Congo